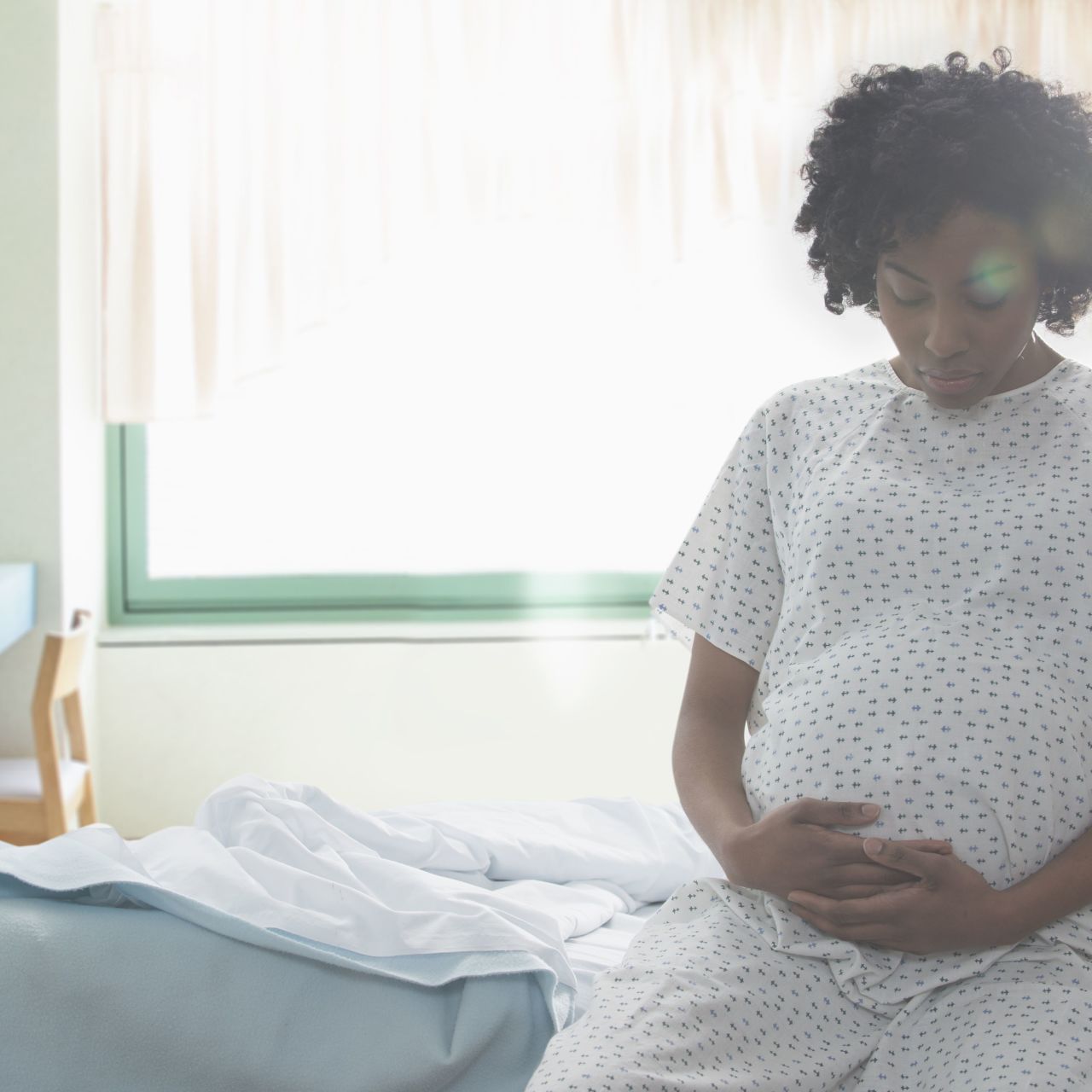 Black people are over-represented in mortality rates for both coronavirus and childbirth complications. These numbers have created an undeniable threat for black mothers.

For many parents, childbirth is a relatively straightforward experience. For black mothers, however, there have been fatal consequences. Concerningly, a report from MBRRACE disclosed that this black mothers are five times more likely to die during childbirth - or in the six subsequent weeks - than white mothers. Similarly, black women are over- represented in the COVID-19 mortality rates. Ethnic minorities have accounted for 15.5 percent of all deaths caused by the pandemic; and the largest proportion of that figure are from black community. This toll is particularly distressing when it is considered that black people constitute to just 3 percent of the entire English population. In fact, for every one thousand deaths, 119.8 were black women; compared to 52 being white women, according to the ONS.

The correlation between these respective figures has established an undeniable risk for expecting black mothers. The SaveARose Foundation, which sheds light on maternal mortality amongst black women, has raised concerns that if black mothers do not die during a hospital childbirth, they will die from COVID-19 in the subsequent weeks.

Consequently, it is imperative that the reasons for disparities in these mortality figures are reviewed. Only then can medical institutions be reformed to value the safety of the black community. Activists have stated factors from fewer appointments with midwives post- birth, to socio-economic hardships, have contributed to the disproportionate representation of black people in such statistics.

Certainly, a topic routinely discussed in black academia is the influence of the demographic and socio-economic profile of black people. For example, the ethnic pay gap has been highlighted in explanations as to why black people have died of COVID-19 at a faster rate than white people. According to the Equality and Human Rights Commission, the pay gap for black Caribbean men is 17 per-cent less than white earnings.

The consequences of this pay gap on coronavirus have already been witnessed. Black families have been left vulnerable to material deprivation, which has given them less access to supplies, such as masks and gloves - an issue stressed by the Commission. Activist and black author, Candice Brathwaite, stated this explains why black people are four times more likely to die from coronavirus than their white counterparts. This ONS figure caused leading activists to question the reaction of the British tabloid press to the disparities in coronavirus deaths. For instance, The Daily Mail deemed the over- representation of black people in the official statistics as a “mystery”.

However, this is no mystery. This economic imbalance has also contributed to the death rate for black women giving birth. Although the NHS offers free maternal care, black mothers in America are not so fortunate. According to Transfer Wise, the average childbirth cost in America is $3,400, with insurance. The US Census found black people make an average of $13,047 less than white people per annum. Therefore many black families struggle to afford the same quality of care as their white counterparts.

Economic inequality combined with systemic racism in the employment market has also contributed to the deaths of black people. The black community are less likely to get highly paid jobs, as demonstrated by only one CEO on the FTSE 100 companies being black. Racism has made it more difficult for black people to climb the career ladder to attain the jobs they deserve. Although 30 per cent of the NHS are from BAME communities, 88 per cent of the NHS trust board members are white. Black people are represented in employment, but they don’t contribute to the higher level jobs. This in turn has made it more difficult for black working-class people to supplies such as gloves, masks and sanitiser.

The socio-economic profile also includes the geographical location of the black community. According to the 2011 Census, 1.1 million black people live in London, where there are higher rates of COVID-19. This is a statistic used by racists online to explain why more black people have died from COVID-19. They have debated its geography, not racism, which has caused disparities. Yet, on average, black people are younger than white people in the UK, and young people are less susceptible to the virus. Hence, inequalities in mortality rates cannot be solely explained by geographical considerations.

The sociological approach must therefore be assessed alongside geography. The “strong black woman”, trope, as perpetuated by the media has resulted in the complaints of black women being ignored in medical settings. For example, reality television shows such as ‘Love Island’ present black women as more domineering than the white contestants. Similarly, Serena Williams has been pushed as the ‘over-confident’ archetype of black women by British tabloids. Candice Brathwaite told the BBC that white mothers, “seemed to be listened to in more depth and with a sense of empathy”, which was a notion missing from her own post-birth care. Her concerns over feeling “worse than (she) should” following childbirth were not acknowledged by white midwives. She was informed that she was overthinking her pain, but was rushed into theatre the following day. Sadly, many black mothers die before their complaints are addressed, thus contributing to their prominence in mortality statistics.

Likewise, when analysing the sociology of the family, Doctor Ria Clarke told The Guardian that black culture encourages grandparents to reinforce a narrative of keeping quiet about pain and trauma. Subsequently, the ‘backs don’t break’, belief about black women was established in medical settings. Although many black women are undeniably strong, this has led medical professionals to believe black women feel less pain, which is more harmful than progressive in places where pain must be taken seriously. The consequence is identical to Braithwaite’s anecdotal experiences, despite Brathwaite personally expressing pain. The suffering of black women is ignored, and therefore, higher death figures are seen. While sociological and material factors are of critical importance, the most disturbing factor which has contributed to mortality inequalities is the overt racism of medical professionals. For example, in ‘White Privilege in a White Coat: How Racism Shaped my Medical Education’, Max J. Romano discussed the presence of outright racist doctors refusing to treat black patients during his time working in healthcare.

Yet in this instance, there is an intended objective of racism, as opposed to systemic factors. Healthcare settings are therefore both systemically and overtly racist. The results of this are lethal, as represented by the death tolls for both mothers and COVID-19 sufferers. The MBRRACE report also stated that overtly racist medical professionals must be held accountable before racial disparities in death tolls are reduced.

For black mothers, the higher risk from dying during both ordeals is undeniably alarming. The impacts of this have already led to changes in the behaviour of black women, even without any statistics on the topic. Black Instagram and YouTube blogger, Rachel Ama, requested a home-birth to limit her time spent in hospital, and therefore limit her risk of encountering dismissive and racist midwives. This is a fear entirely separate to contracting COVID-19, with Ama stating she was happy to go into hospital during the pandemic’s peak for ultrasound scans, as there was no risk of death under racist midwives in this circumstance. Ultrasounds do not pose the same dangers as giving birth.

To take action, the NHS have investigated disparities in the maternal death rate. An associated report led by the National Perinatal Epidemiology Unit said it hoped to identify clear ways to reduce the gap, such as giving black women more freedom with which professionals they wish to see.

Meanwhile, NHS England have allowed women to see the same one or two midwives during their contact with the British health services, with the goal of expecting mothers building a rapport with medical staff. Similarly, the Royal College of Obstetricians and Gynaecologists has called for a national strategy around women’s health as a matter of urgency.

In terms of COVID-19 death imbalances, Public Health England have investigated the higher mortality rate for black people. However, the report was not met with enthusiasm. A black-led trade union labelled the report a ‘missed opportunity’ for any real action to be taken.

In conclusion, the factors, which have contributed to racial differences in death rates, are so ingrained, that structural changes must be made to healthcare institutions – and to society. If no active change is made to both systemic and overt racism in medical settings, black mothers will face fatal consequences. Brathwaite’s Instagram following urged black women to ‘name and shame’ racist doctors, so the general public could hold them to account. Although black people in general are over-represented in the coronavirus death toll, it is black women, who have been particularly threatened; they face the dual- burden of high mortality rates for both COVID-19 and childbirth.