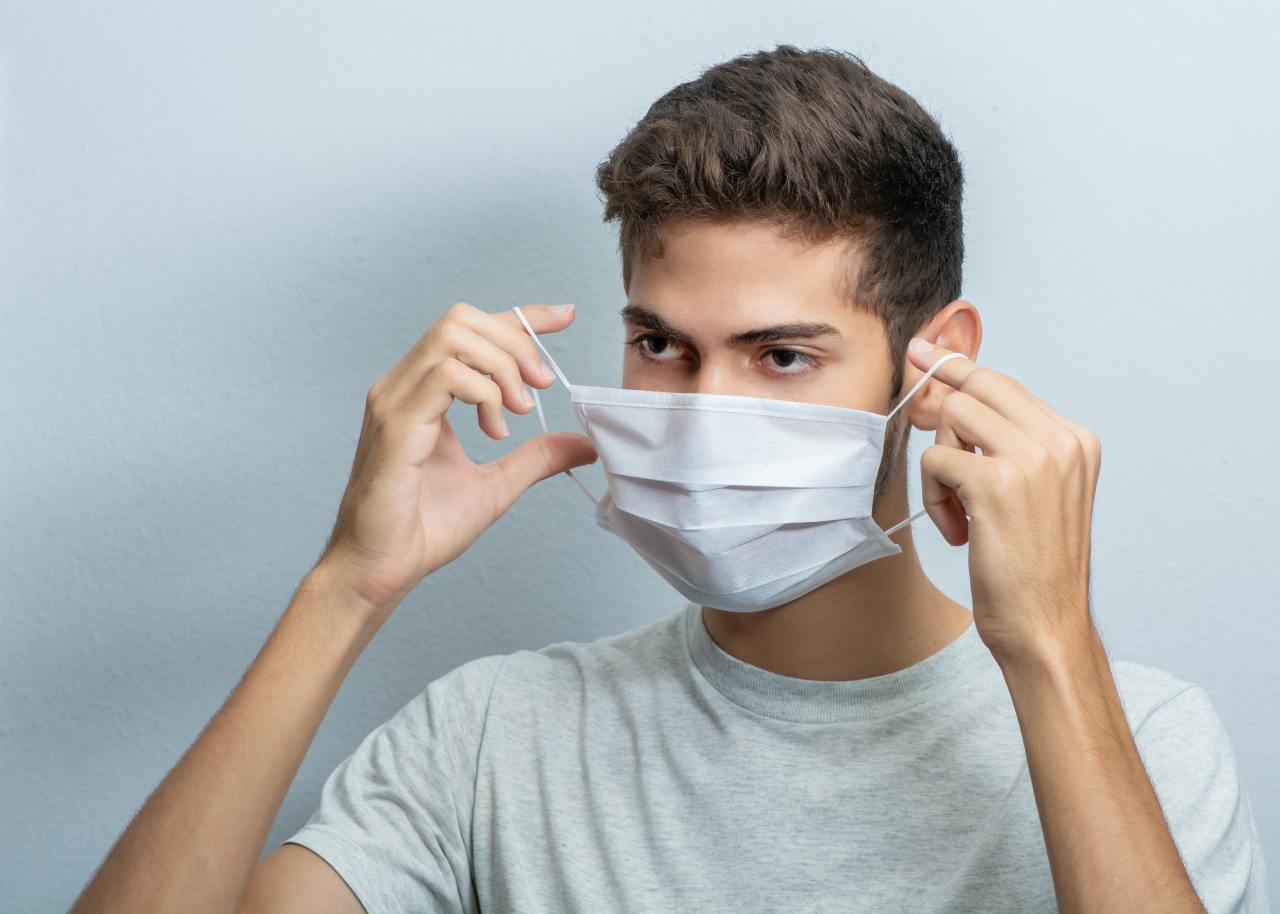 Are Face Masks Effective In Reducing The Spread Of Respiratory Diseases?

Respiratory Diseases are generally spread via droplet and contact routes of transmission (Loeb, 2009). As such, the use of personal protective equipment (PPE) in most cases is considered an appropriate and effective method to protect users from exposure and reduce the proliferation of infectious respiratory diseases within a population. Perhaps the most common form of PPE available is the use of respiratory protective devices, such as face masks. However, the most effective form of protection against the spread of infective respiratory diseases has not yet been clearly defined (Nicas, 2009).

Following the 2003 severe acute respiratory syndrome (SARS) epidemic, concerns have been raised about the possibility of viral transmission despite the use of appropriate respiratory protective devices, however this is controversial and still remains unjustified (Condon,2010). Conflicting advice provided by organisations on federal and local levels have led to confusion and uncertainty in the general public (Patel, 2016), which could potentially lead to reduced adherence to fundamental infection-control practices and protocols. This scientific literature review aims to investigate the varying efficacy of the three common types of face masks in managing the spread of respiratory diseases in a population.

Infectious respiratory diseases are transmitted between individuals within a population via four major exposure pathways: (1) inhalation of inspirable infectious airborne viral particles, (2) inhalation of respirable infectious airborne viral particles, (3) exposure of facial mucous membranes to viral droplets, and (4) facial membrane exposure to virus via contaminated hand contact (5) . Surgical masks and respirators limit the spread of respiratory diseases by disrupting viral transmission through these four pathways. Face masks provide pathway control by acting as a barrier over the mucous membranes of the user’s nostrils and mouth, thus minimising the risk of facial exposure to cough droplets and contaminated fingers.

In 2016, Patel et al. (2016) sought to quantify the effectiveness of using surgical masks as a form of source control on people with respiratory diseases to reduce the dissemination of aerosols to surrounding people. The trials involved an in vitro model based on an airflow chamber containing two ventilated solid plastic manikin heads, one serving as a ‘source’ and the other as a ‘receiver’. Aerosol particles that were pre- radiolabelled were then released from the ‘source’ manikin head, via tidal breathing and coughing, separately. Source control through the use of a S-SMnat surgical mask on the ‘source’ manikin head during coughing was statistically superior to receiver protection in almost all cases. During tidal breathing, both source control and receiver protection provided similar levels of prevention in reducing the spread of airborne virus- containing aerosol particles. The results of this study were consistent with findings reported by Cheong et al. (2009), a similar clinical trial in 2009, further reinforcing the advantages of using face masks being used as a form of source control over receiver protection.

A systematic review conducted by bin-Reza et al. (2012) that included 17 eligible studies sought to determine a relationship between face mask usage and the prevention of influenza infection. Six out of eight randomised controlled trials included in the systematic review indicated no clinically remarkable difference between the control group and the intervention group provided with face masks. However, a household-based randomised controlled trial (Patel, 2016) suggested that only the practice of mask-wearing coupled with proper hand hygiene techniques such as the frequent use of hand sanitisers provided protection to the secondary transmission of influenza-like illnesses. Personal hygiene habits can reduce the risk of facial membrane contamination via contact with the surfaces of the hands and fingers. This could indicate that respirator/mask use should be considered as one component of a package in personal protection, alongside other habits such as frequent use of hand sanitisers and appropriate hand- washing techniques.

As the face-seal factor is crucial in ensuring the efficiency of N95 respirators, fit-testing is highly recommended for all healthcare workers prior to usage(Smith, 2016). Furthermore, relative to conventional face masks, N95 respirators are generally considered to be more uncomfortable for daily usage. It has been suggested by previous literature (Rebmann, 2013) that the act of adjusting respirators due to discomfort could potentially lead to unintended facial contamination in the process. This would in turn negate the additional protective advantage provided by the use of N95 masks.

During previous pandemic outbreaks of infectious respiratory diseases, the supply of factory-manufactured N95 and surgical masks has often been unable to accommodate the sudden surge in demand (Davies, 2013). Members of the public may resort to using self- improvised, homemade cloth masks due to shortages in factory-manufactured face masks. According to an online poll, 33% of people in the United Kingdom subscribed to the belief that homemade face masks could be as effective as manufactured surgical masks (Condon, 2010).

A 2013 study (Rebmann, 2013) examined the efficacy of improvised, homemade masks, using comparative filtration capacities of various materials found in the common household such as cotton, linen and silk. A fit test was conducted on surgical and homemade masks, which involved volunteers performing a range of movements such as moving their heads side-to-side and coughing with face masks on. In terms of median fit- factor, surgical masks were found to be twice that of homemade masks. Surgical masks were also approximately three times more effective in reducing airborne viral transmission when compared to homemade masks, with regards to filtration efficacy. The results suggest that the use of homemade masks for protection should only be regarded as a final resort in times of short supply(10).

The results disproving the effectiveness of face mask usage is consistent with that of a 2020 observational study by (Victor, 2020). During the COVID-19 pandemic, 10,211 pedestrians in multiple regions all over Hong Kong were included in the study. According to the preliminary report, 13% of people wore their masks incorrectly, with 36% who wore them ‘inside out’ having the coloured surface facing inwards and 43% who wore them too low with their nose and mouth exposed to the air. This can likely be attributed to the lack of national guidelines available to educate the public community on appropriate mask wearing and handling techniques (Nicas, 2009).

Additionally, an examination of the packaging of various common disposable surgical face mask brands available in Hong Kong proved that instructions on proper mask usage were lacking (Victor, 2020). This could be due to the fact that surgical face masks were originally intended for use by medical professionals in a clinical setting, who already know how to wear them effectively. However, face masks are increasingly used by members of the general public as a form of PPE in times of respiratory disease outbreaks. Another potential cause for the less-than-expected efficiency of face masks could be the practice of reusing face masks. An online survey found that 76.3% of people have reused their masks without prior disinfection or sterilisation on more than one occasion before (Victor, 2020). Such practices increase the risk of facial contact with the potentially contaminated surfaces of facial masks and fingers.

Ultimately, face masks can only serve as a filtration barrier to protect the mouth and nostrils of the user from exposure to viral particles. The use of other forms of PPE such as face shields or eye goggles in conjunction with face masks should be considered to provide additional protection for the eyes which also have mucous membranes that are susceptible to exposure to airborne cough particles (Nicas, 2009).

Although this review mainly focuses on the effectiveness of face masks, minimising the proliferation of respiratory diseases in both community and clinical settings will require a holistic, multi-faceted effort, of which the use of face masks is merely one component. It may be beneficial to consider the use of other non- pharmaceutical associated interventions in addition to face masks, such as the implementation of nationwide public health policies on social distancing by local authorities. According to research, respiratory droplets are generally unable to travel beyond six feet (bin-Reza, 2012). Therefore, it is widely agreed upon that the practice of social distancing through measures such as cancelling large-scale public events and sealing off enclosed crowded spaces, are highly effective in managing respiratory disease outbreaks.

Furthermore, early results shown by the use of specialised in-room filtration devices indoors that increase relative humidity of the environment to inactivate the virus and thus reduce airborne viral load seems to be promising (Nicas, 2009). Increased funding and research directed to the development of such technology could prove to be beneficial in the long term.