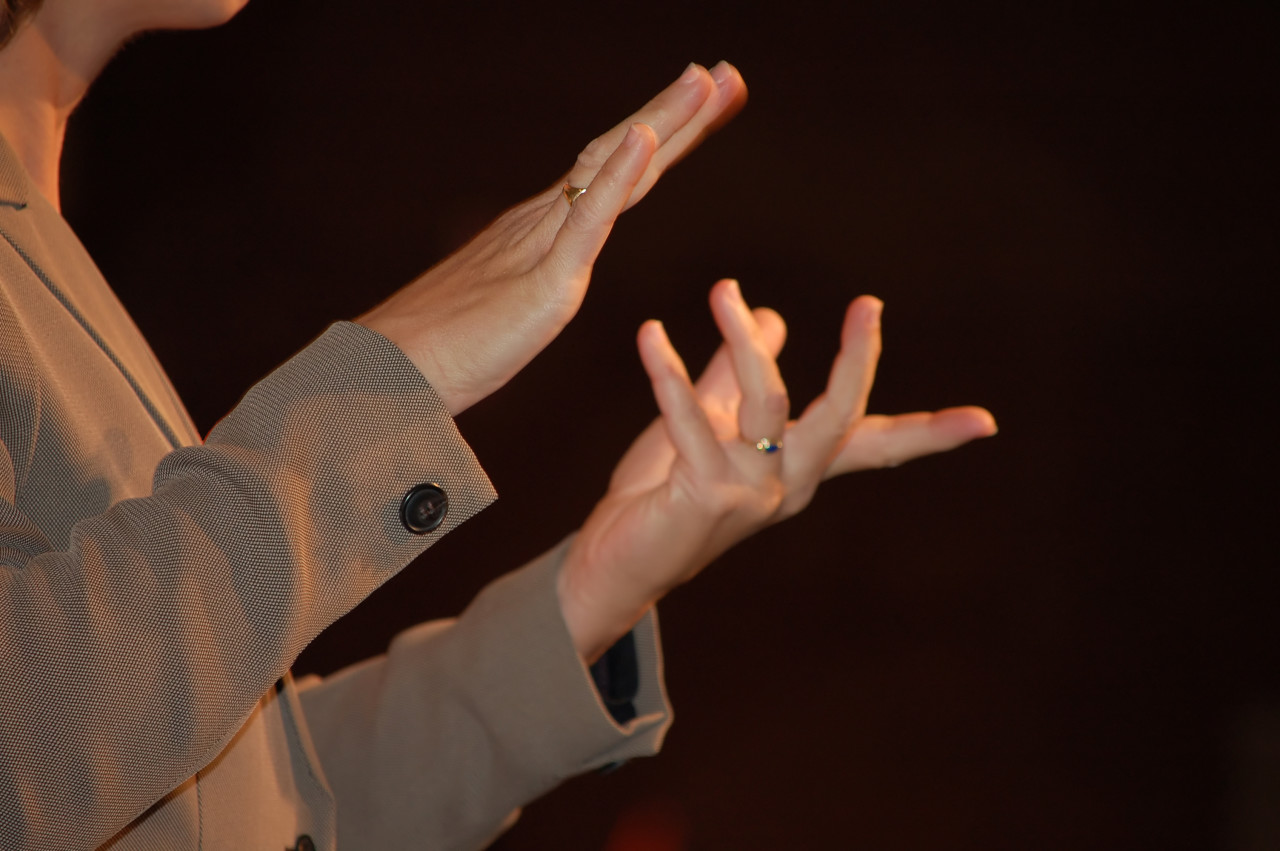 British Sign Language (BSL) is the most common form of sign language used in Britain. It combines visual and gestural movements to allow communication by those who are deaf or have significant hearing impairments. Over 87,000 deaf people use BSL as their preferred method of communication, while around 151,000 people are considered to be proficient in BSL. Since 2003, BSL has been recognised as an official minority language in Britain. However, BSL is not considered to be a worldwide universal language due to regional variation.

As with any minority group, the health needs of the deaf community are often underserved. Several barriers exist to preventing access to effective healthcare. It has been found that an individual who is deaf is less likely to see a clinical physician in their lifetime than the average adult in the general population. Even when meeting with medical practitioners, sign language-users are often dissatisfied with the service they receive due to the challenges that come with communicating their health problems. Consequently, this results in the lack of preventative health management, such as reducing their risk of cardiovascular disease where communication is essential to ensuring patient compliance with their medication.

A study which investigated risk perception of cardiovascular disease among the deaf community discovered that lack of information (largely due to communication barriers) led to misconceptions, thus less effective preventative measures. Since cardiovascular diseases are the leading cause of mortality and morbidity in the UK, it is essential that this form of health inequality is acted upon through public health policies. It is important to take the extra time and effort to ensure that risk factors are clearly addressed and that BSL patients are provided with consistent cardiovascular health information. Increasing patient understanding will enhance compliance with treatments, whilst also encouraging patients to make positive lifestyle choices.

Similarly, reduced access to health education could also mean poor control of diabetes mellitus amongst the deaf community. It is vital that such a disease is controlled, with serious secondary effects including increased risk of microvascular complications such as nephropathy, retinopathy and neuropathy.

A comparative assessment of the current health of the deaf community and the general population in the UK revealed poorer health amongst this minority group. This is likely to be due to a lack of effective communication resulting in underdiagnoses and undertreatment of numerous preventable chronic conditions. For instance, rates of obesity amongst the deaf community were found to be greater than the average population rate. Comparably, over 50% of the deaf community were found to have substandard control of hypertension and cholesterol levels. Effective health education amongst patients is likely to result in better disease prevention. Although challenging within the current climate of the NHS – with many resources already overstretched – this remains a vital aspect of healthcare which needs addressing by Public Health England.

As part of my SSC, I decided to learn BSL, which enabled me to develop the communication skills required to converse with patients who are deaf or have significant hearing impairments. The aim of the six-week SSC was to develop the skills required to converse with patients using sign language and to be able to apply this in a medical setting. This valuable opportunity has increased my awareness of the challenges faced by the community. The BSL Full Level 1 Course is an immensely useful experience which enhances your ability to interpret body language and lip read, both valuable to everyone’s medical career by facilitating the care of patients who communicate using sign language. Healthcare providers must ensure they provide culture-competent care tailored to this community and that their practices meet the needs of deaf patients to mitigate the communication barriers and ensure equally positive health outcomes for this minority group.