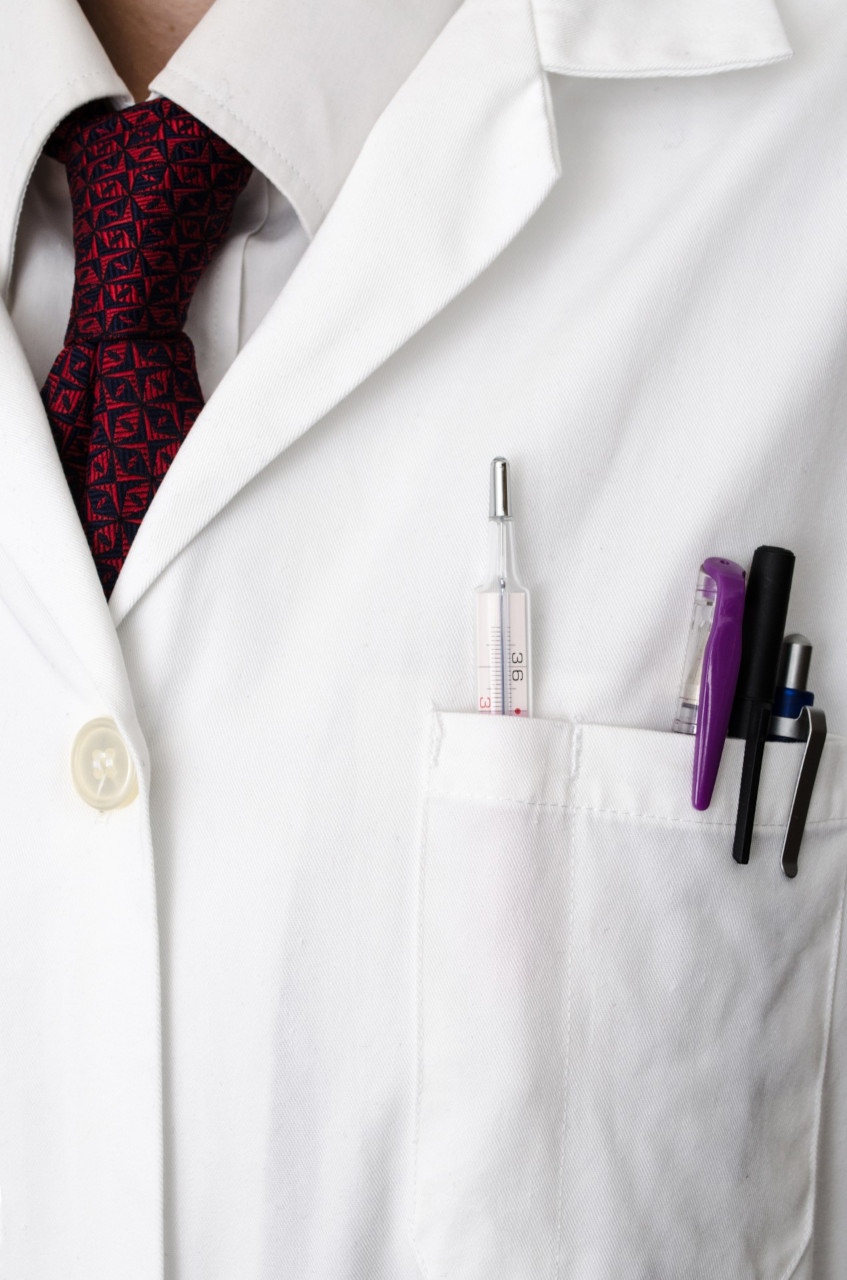 Bring Back The White Coat

In the UK in 2007, the Department of Health made a decision to tackle infection rates in hospitals. Ban the coats, ban the ties, ban the watches – and everyone roll their sleeves up to the elbows. Not only has the impact of this practice on infection control been negligible, if existent, but banning the white coat has had a wide array of detrimental impacts on hospital culture and patient safety.

The decision to restrict the use of doctors’ traditional white coats in the NHS was made in the wider context of implementing a “bare below the elbows” policy, which compelled professionals to wear short sleeves. Doctors must also avoid wearing ties and watches in a clinical setting, as well as jewellery, with the absurd exception of a plain wedding band,  which is perhaps the best illustration of the irrational nature of these rules. The change was, at the time, unsupported by evidence, and still the most recent guidelines clearly spell out that there is no association between work clothing or uniforms and healthcare associated infections1 . The common criticism that white coats are infrequently washed also seems irrelevant in two ways: not only does this not affect rates of bacterial contamination compared to newly cleaned uniforms2, but it holds poorly against the fact that doctors still are responsible for the frequency at which their shirts are washed.

As a fresh-eyed medical student arriving on the wards for my first clinical placement, I was struck by the stark contrast between doctors, and the rest of the entire hospital staff. Sisters, wearing dark blue uniforms; phlebotomists, in their white garb; receptionists, dressed in light purple. Only doctors stood out in personal shirts or blouses. In an environment where team-work is of primordial importance, why is it we have to create an added layer of difference between the professions?

Allowing doctors to have choice in what they wear to work, when the rest of the hospital is assigned a uniform, creates a heightened sense of hierarchy. Only they can exercise their judgement on which items of clothing are appropriate, and only they are allowed to express their taste in fashion and personal choice. While these considerations may seem trivial, it is rather symbolic of liberties granted by the status of “doctor”. All I ask is that these liberties are restricted to fields where they are pertinent to specific medical and surgical knowledge, and don’t cross the line. Hospital teams as a whole would benefit from the confirmation that each professional has their own area of expertise, each valuable in their own right, and doctors don’t have a special ‘Heightened Fashion Judgement (Bsc)’ to distinguish them from everyone else.

From the perspective of the patient, too, it is hard to justify the abolition of the white coat. Initially used in laboratories, they became widespread in medicine the 19th century to associate the image of scientific reliability with doctors3. Their evolution has made them a symbol of professionalism and expertise deeply ingrained in our culture. This may explain why patients prefer doctors to be dressed in their traditional uniforms, as found in a 2013 study in England4. Interestingly, the “bare below the elbow” attire came last on the list of preferences. As underlined by Dr Dancer in her article the same year5, there are very real dangers associated to scruffiness in doctor-wear. Patients struggle to recognise doctors on the wards, who are tempted to let standards slip and resort to casual attire.

Finally, the simple white coat has a practical appeal far beyond what could be expected of it. Not only is it easy to comply to standard hospital instructions to wash the uniform at 60°C, which could not be easily said of fragile polyester blouses, but the stress of having to display aforementioned fashion tastes would be immensely reduced. In the context of a struggling NHS, aren’t doctors over-worked and burnt-out enough without having to worry about the pattern of their shirt every single day?